The late Victor C. Kays, pioneer & visionary founder of the State Agriculture and Mechanical School which eventually became the Arkansas State University, left an indelible stamp on this University. Mr. V. C. Kays came to the Agriculture School in 1910 at the age of twenty-eight. When he first arrived he had a lot of challenges. He not only had the task of arranging classes and hiring faculty but he also supervised the construction of the new permanent buildings on campus. V. C. Kays greatly involved himself with agriculture during his time as principle which later lead to the role of president. He supervised a lot of classes and took and active role in acquiring registered livestock as well as the judging classes. V. C. Kays was an asset to the community because he helped local farmers whenever he had time. He would answer their questions about farming and make suggestions on the best methods for successful agriculture practices in this part of the country. His devotion to agriculture in this area was best displayed when Arkansas State College granted Mr. Kays a one year of absence to work as Vice President of the Federal Land Bank in St. Louis in 1935. Mr. Kays also devoted much of his time to acquainting himself with students and making sure each worked to his or her own ability. V. C. Kays served the Arkansas State College well the thirty-five years he worked there. He had a vision of what the school could become and he worked to help it grow into something more and in many cases helped the progress along the way. 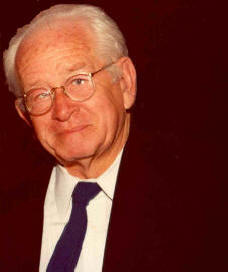 Victor Hale “Bud” Kays, was born November 23, 1919. V. H. Kays the son of the first president of what is now Arkansas State University, grew up on the A-State campus. Mr. Kays earned a Bachelor of Science degree in Mathematics from Arkansas State College in 1938; from there he earned an engineering degree from the University of Illinois. He was a federal civilian employee of the U.S. Arm Force, the Army Corps of Engineers and the Bureau of Reclamation. Mr. Kays retired from federal service in 1974. He then returned to his boyhood home and devoted his time to helping Arkansas State University exceed.